From the very same day of her death and throughout the years 2001 to 2005, her fame of sanctity extended throughout Spain. Additionally in Venezuela, where the Company has schools, communications of testimonies and favors began arrive. Since 2007, her fame of sanctity spread through new regions of Europe and the US, in places where the Company of the Savior was not present. In 2009, perhaps as a collaboration of the Lord himself to the Cause, her fame spread through Costa Rica and the Philippines. Since then, the growth has been progressive: Peru, Argentina, Cuba, Mexico, Brazil, Colombia, Bolivia, Canada, Indonesia, Thailand, India, Malaysia, Vietnam, and South Africa … With Mounaya, a student at the Mater Salvatoris School in Benin, devotion to Mother Felix has not only touched the African continent once more, but has also led to an intercontinental chain of prayers. 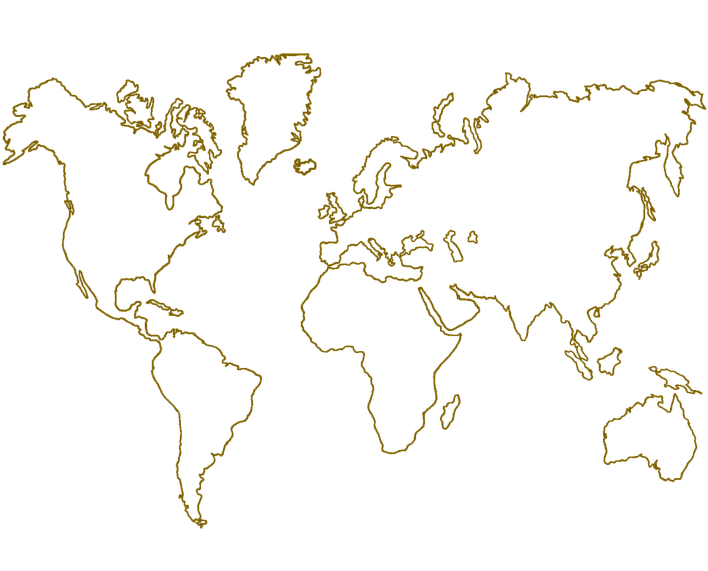 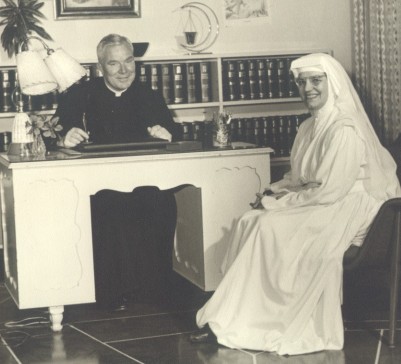 In 1961, in Caracas airport, the Mother met an unknown priest that seemed to be waiting for someone to pick him up. She approached him and offered him transport and lodging at the school. This priest was Rv. F. Peyton, CSC, who had just arrived to start his first “Rosary crusade” in this country. From that very moment, the friendship between F. Peyton and the Company of the Savior did nothing but grow. It was through him that the Bishop of Bridgeport,, Connecticut, opened the doors to the Company for a new house in the US.

Mother Félix met Father Mendizábal in 1972, in one of the spiritual exercises where he preached. It was in 1979, after the death of Father Mazón, when she put herself under his spiritual guidance. The Mother always saw in him a man of God and a profound expert regarding His action in the souls.

The spiritual connection between the two was immediate, born out of their deep union with Christ. Father Mendizábal, in his prologue to the edition of the autobiographical writings of the Mother, wrote: I have had the privilege of treating Mother Felix spiritually in her mature years. I always had the impression of finding myself before a person of a superior rank, an extraordinary woman in her mind, in her greatness of heart, in her vision of things, in her elevation of spirit, in her love for Jesus Christ and St. Ignatius, in her unlimited dedication, in her fidelity to a charisma that brought her many puzzles and problems, but to which she remained faithful throughout her life, through many sufferings but also many joys that the Lord granted her..

Thanks to this relationship, the sisters of the Company of the Savior benefited from the spiritual fatherhood of this faithful son of Saint Ignatius, who became an extraordinary confessor and director of Exercises for the Company of the Savior for almost 20 years. The last time he was at the Mater Salvatoris School in Madrid was on June 21, 2016, at the presentation of his book The Mysteries of the Life of Christ , published by the BAC in its Cor Christi collection.

We entrust his eternal rest to the Lord and we hope that he continues to help the Company of the Savior from Heaven as much as he has done while he was living. 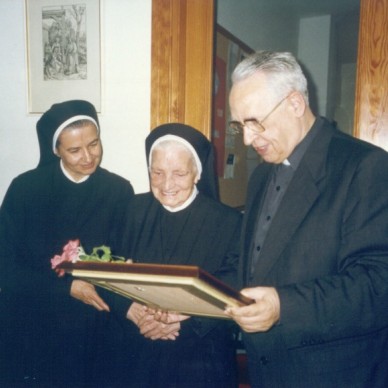 With his passing a whole generation of people that were very close to Mother FFélix, that shared the living memory of her smile, her insight and her sense of humor concluded. At 102 years old, Ángel continued writing poetry, publishing on the Internet and walking freely through Barcelona. He followed with pleasure the development of his sister's Cause of Canonization and was excited to see the Company of the Savior, with which he collaborated as one of its very first teachers, spread to other parts of the world. We hope that Mother Felix, who loved him in a special way, welcomed him in Heaven.